Sometimes you only need to look in your own back yard or have dear friends who want to contribute to your rambling.  Deb, Stuart and Henry chose to take me to the National Park Seminary at Forest Glen  in order to fill out my adventure in Maryland.  Who knew?

One of my favorite descriptions appeared in the Washingtonian – it described this site as:

A place that looks like a Mother Goose rhyme collided with the Gilded Age. There’s a Dutch windmill, a Japanese pagoda, and a Swiss chalet. There’s a four-story opulent grand ballroom with vaulted ceilings and oak buttresses. And in the middle of a wooded glen, there’s a vine-covered English castle with a drawbridge.

What is amazing is the number of identifies it has had over the years starting as a resort hotel (Ye Forest Inn) in 1887, transforming into an all-girls finishing school (National Park Seminary) in 1894 and finally serving as a home for returning wounded soldiers from World War II, Korea and Vietnam after the United States Army purchased it in 1942. 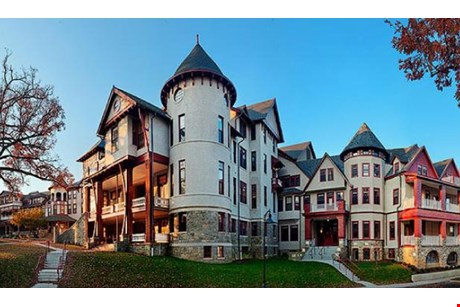 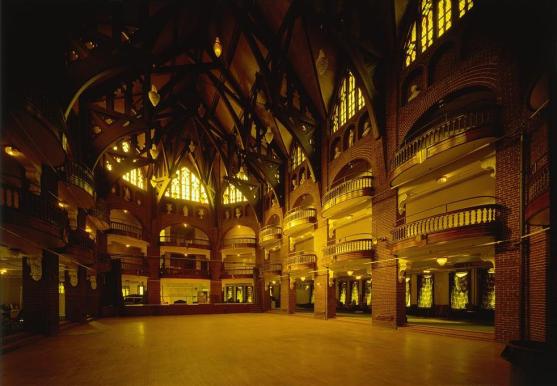 What makes it so magical was that the founders of the finishing school wanted the students to learn about the world and decided to build eight sorority houses reflecting the architectural styles of different nations around the globe.

The buildings and grounds went into steep decline when the Army stopped using the property in 1977, but leaders in the local community rallied to seek its preservation in 1988 through the nonprofit organization Save Our Seminary. 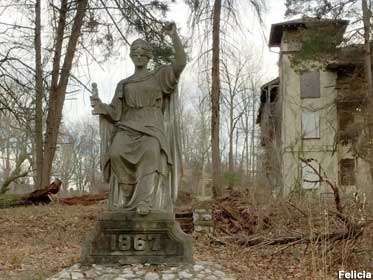 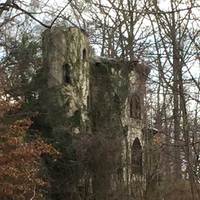 While many of the buildings have been preserved and turned into upscale residences, you can still see some draped in vines and mystery.  Clearly I need to rely more heavily on  Atlas Obscura to guide my path (or listen to my wise and generous friends).

One thought on “Mystery and enchantment in my own back yard”