Rambling – For the second leg of the Louisiana and Mississippi road trip we traveled up the Mississippi river through towns steeped in the Civil War, into the delta (the ancestral floodplain of the Mississippi and Yazoo Rivers that stretches two hundred miles from just south of Memphis to Vicksburg), diagonally across the state through the capital of Jackson and down to the Gulf Coast.  (Highlights on what not to miss appear at the end of this post.)

In contrast to Louisiana, they were harvesting cotton rather than sugar cane and the casinos were much larger, no longer restricted to river boats after the devastation of Hurricane Katrina but required to be within 800 feet of a waterfront.  The Delta leaves an enduring impression with fields extending far into the distance, huge bales of cotton covered  in pink or yellow plastic sheeting, and its muddy beauty waiting for the next crops to be planted.

We also fit in some whimsy.  Anyone who follows my Instagram feed saw the photo of the World’s largest rocking chair in Gulfport, MS (or is it?  I now see Casey Illinois has a competitor for the title – perhaps that warrants a stop).  In contrast, the quest for Rodney was not your typical roadside attraction.  I have an obsession with abandoned towns.  Rodney was a thriving community until two bouts of yellow fever, bombing during the Civil War, fires and the death knell, a shift in the Mississippi that left it six miles from the economic life blood of river traffic.

Getting to the remaining crumbling churches and buildings was an adventure as highway turned to country road, pavement disappeared, and precarious wooden bridges and daunting hillsides arose between us and our next stop, the Windsor Ruins, remnants of a plantation that burned just a few miles further up the river.  Linda is still recovering.

The most striking images when traveling through rural Mississippi reflect significant depopulation – abandoned homes and schools with boarded up windows, collapsed roofs, and vines covering what remains.  Following the turn of the century migration of African Americans to escape back-breaking work in the fields, oppression and segregation, the population continued to decline with the mechanization and consolidation of farming.   One county we drove through, Issaquena County, has seen its population drop by more than 75% with only 1,386 people left.  The average income is now just over $10,000, half the level of Mississippi as a whole.

Listening – It is not possible to get a full picture of a state driving down its highways so the vignettes I share are true to my experience but frustratingly incomplete.  I can only dip my toes in the shallow end of a few pools while straining to see the vast waterway beyond my eyesight.  To help compensate, I have become addicted to podcasts, historical films at local museums and stories told by local residents.

While the stock of antebellum mansions in Natchez was stunning, their local film was self-serving with little sense of history or place.  In contrast, the National Park Service headquarters in Vicksburg offered a sweeping overview.  Driving into the Vicksburg battlefield, you are reminded of Gettysburg with myriad monuments to the fallen from northern and southern states and to minor skirmishes and full-fledged assaults.  I did not realize how pivotal Vicksburg was in the war.  Abraham Lincoln called it the Gibraltar of the South and declared that “Vicksburg is the key and this war will not end until that key is in our pocket.”  In Jefferson Davis’ words, Vicksburg was “the nailhead that held the South’s two halves together.”  After a 47 day siege, Union troops under the command of General Ulysses S. Grant prevailed, splitting the confederacy and severing a major economic and military lifeline.  The battlefield that remains stands as a testament to the approximately 20,000 dead and wounded.

We also listened to an array of podcasts.  The one that stood out from The Civil War series was an almost apologetic episode unearthing General Robert E. Lee’s appalling treatment of his slaves.   I also stumbled upon the University of Southern Mississippi Center for Oral History and particularly enjoyed one podcast that shared the recollections of Buck Wells, a juror in a trial for the murder of Vernon Dahmer, a Hattiesburg businessman and civil rights activist who had the audacity to help African Americans register to vote.  Despite a confession by one of the members of the Ku Klux Klan, no one expected the all-white jury to convict one of their own for the killing of an African American.  The story from the struggle in the jury room and the historic guilty verdict underscore the value of oral history.

Celebrating – When you are in the Delta there is one way to celebrate – Delta blues.  Clarksdale is an epicenter for Delta blues and Roger Stolle at Cat Head is the first person I contact for tips on where you can see great artists anywhere in the state.  We had been to Clarksdale before and had the pleasure of seeing octogenarian Leo “Bud” Welch playing at one of the last remaining juke joints.

Before the population plummeted, juke (a term reportedly from the Gullah word joog meaning rowdy or disorderly) joints were at crossroads across the Delta offering gambling, drinking, music and dancing.  Only a few remain and while the clientele has changed with partying locals replaced by reverential tourists, Red’s offers you a view into the past.  Morgan Freeman has a club in Clarksdale and there are a handful of other venues that ensure you can see music any night of the week.  The Delta Blues Museum in Clarksdale and BB King Museum in Indianola are also well worth your time.

Reflecting – Whether it is Delta blues, the struggle for civil rights or the Civil War, history seems more profoundly tangible in Mississippi.

Perhaps it exudes from the mud in the Delta.  In driving to Money, Mississipi where Emmett Till was murdered (if you don’t know the full and painful story there are many books including last year’s The Blood of Emmett Till), my senses were overwhelmed each time I crossed the Tallahatchie River wondering whether this was where his body was dumped or was it at the next bend or the next.

Perhaps it is a culture that deeply values stories or has a deeper sense of place.  In my earlier blog post asking for reflections on three questions – Who are you? Who are your people? What defines your community? – it is intriguing that only individuals of color and those from the South responded.  And the responses were powerful and tied to place and history.

Perhaps it is the inevitable constraints of a weak economy that doesn’t lead to tearing down the old and building the new.

Perhaps it is simply that Mississippi’s history is reflective of struggles that are enduring and extend far beyond the borders of that one state.

I leave you with an excerpt from Mississippi Beyond Katrina,: A Meditation on the Mississippi Gulf Coast by Natasha Trethewey, United States Poet Laureate

The landscape is inscribed with the traces of things long gone.  Everywhere the names of towns, rivers, shopping malls and subdivisions bear witness to vanished North American tribes, communities of former slaves, long-ago industrial districts and transit routes.  We speak these names often unaware of their history, forgetting how they came to be.  Each generation is further from the events and the people to which the names refer – these relics become more and more abstract.  No longer talismans of memory, the words are monuments nonetheless.  As Robert Haas has written, “A word is elegy to the thing it signifies.”

Further down the road – a note for future stages of my road trip:  The influence of our history continues whether recognized or not.  But who tells the history and what is told matters.  So I’m looking forward to being in Alabama in April to commemorate the opening of The Legacy Museum: From Enslavement to Mass Incarceration and the National Memorial for Peace and Justice, the nation’s first comprehensive memorial dedicated to over 4400 victims of lynching.  It is daunting to consider the challenges in design and curation for such a charged part of our history but it is long overdue. 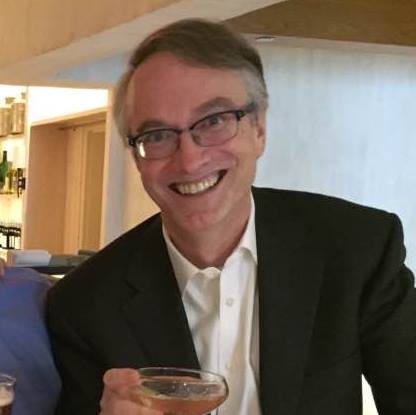